There would be so much to say and to show about this artist so unique, and most of all, so inspiring. Samian has been touching me right to the heart with his words in music and in pictures for several years already. 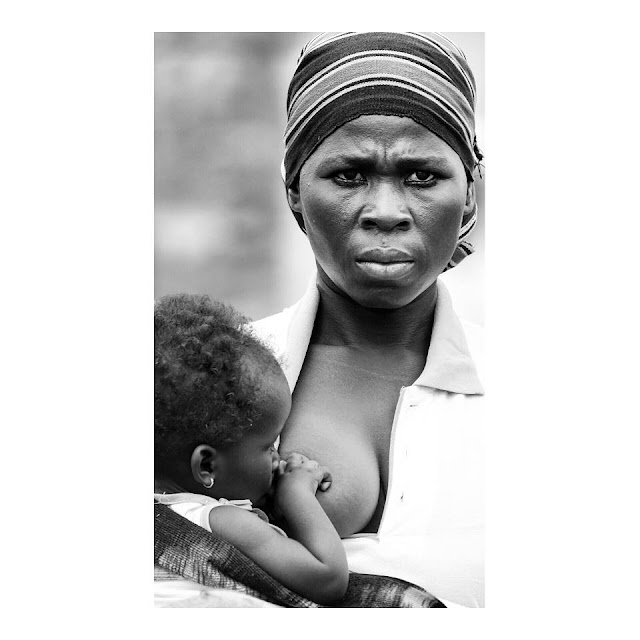 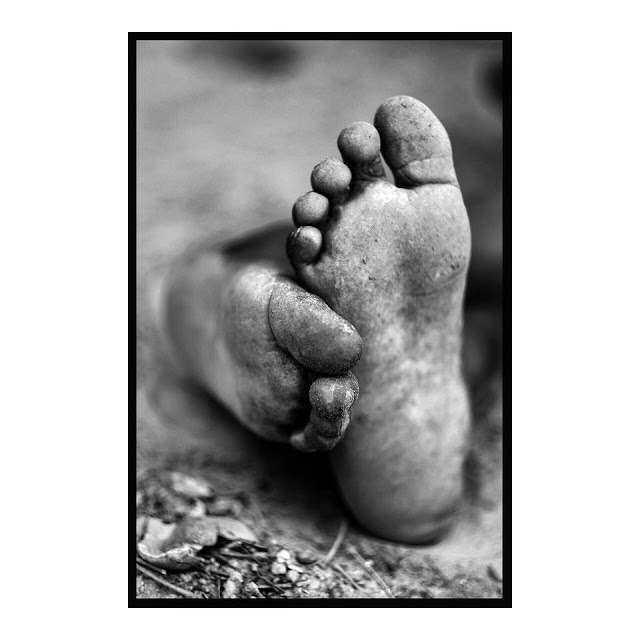 I admire this great man who denounces, who claims, who defends, who shares, who raises awareness, and who advocates universal love as well as openness to others.

He has a gift, a talent, and he does honor to it through everything he touches. 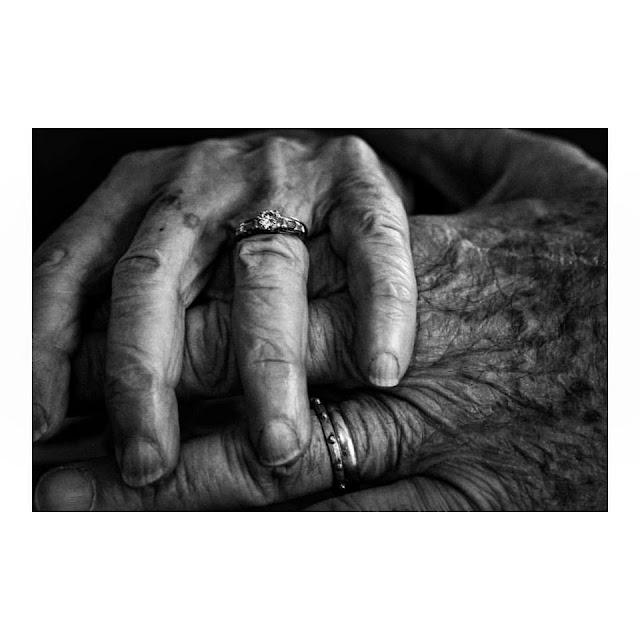 I really like children. They have something in their eyes that people of my generation no longer have: the purity of the world to discover.


It was around the age of 8 that Samian discovered an interest for photography after finding a shoebox full of black and white photos taken by his father on a trip in Western Canada. For the child, these shots were most beautiful.


It is only years later, after having had great success as a songwriter, rapper and slammer everywhere around the world, being the first musician to sing in both French and Algonquin, and embodied several roles in movies, that he made his first trip to Nicaragua, in 2012. Specifically for the occasion, he bought his first camera and it was there that he took his first pictures.

One day, while walking in the beautiful colonial city on León, he saw a little boy sitting alone on the sidewalk and he felt the need to immortalize this moment of great simplicity, but telling nevertheless something powerful. From there, without knowing it yet, his first photographic project was born and would be called Enfant de la Terre (Child of the Earth).


When I took this picture, I experienced a revelation. I knew that was what I wanted to do: photography oriented towards the human. I learned on my own, much like with music.

That day, he knew he wanted to do human photography and to become a photographer. And it would be black and white photography he would exploit: a taste partly influenced by his father's photos, deceased from cancer in 2013, but also because for him, the lack of color stimulates the imagination and is so much more beautiful. 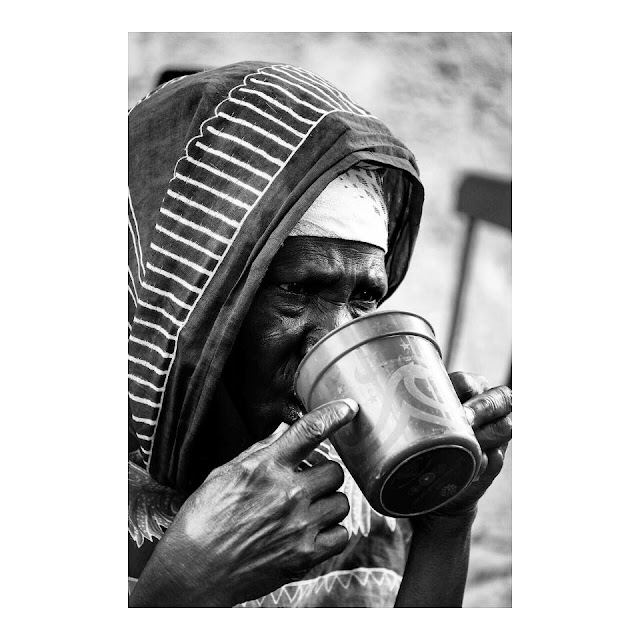 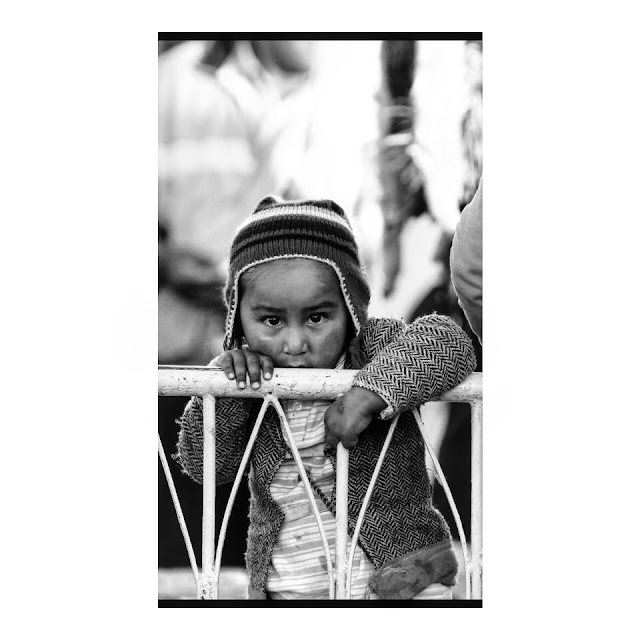 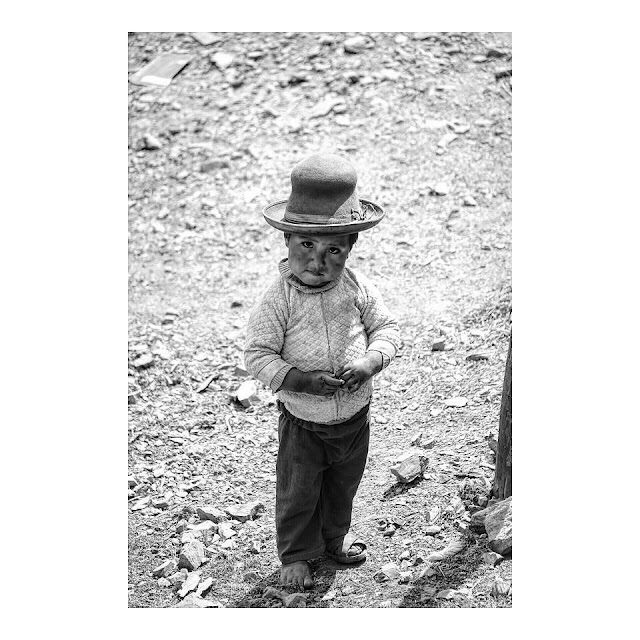 To dive into the world of photography turned out to be totally natural for the singer born from an union between a French Canadian and an Algonquian, on the Pikogan Indian reserve, in Quebec (Canada). For the artist who inspired a lot of young natives, the art of writing a song and the art of taking a picture are intimately connected.

They say that an image is worth a thousand words, and words are worth a thousand images. For me, it's complementary; one inspires the other. When I write, I see images. When I photograph, I see words.

Self-taught and always listening to his creative instinct, Samian then went, his pack on his back, in Latin America and Africa, among others, to immortalize unique landscapes and to meet inspiring and unforgettable human beings, capturing precious moments of authenticity.


There is a human relationship that takes hold when we photograph someone. A photo, it is the being in front of us who gives it to us. It is a wonderful exchange and the people I met during these trips were so inspiring.

With photography, everything is simpler. I leave in the morning with my camera, my backpack and a bottle of water, and I get smiles all over the planet. It's a way to spend more time with myself too. 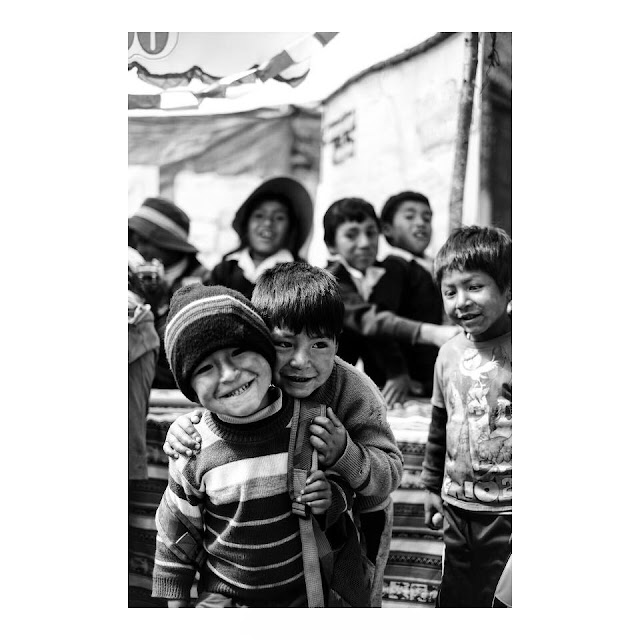 Seniors also have something in their eyes we do not have yet. The wisdom and the soul that we see in the eyes of the elders is something that I find beautiful through photography. 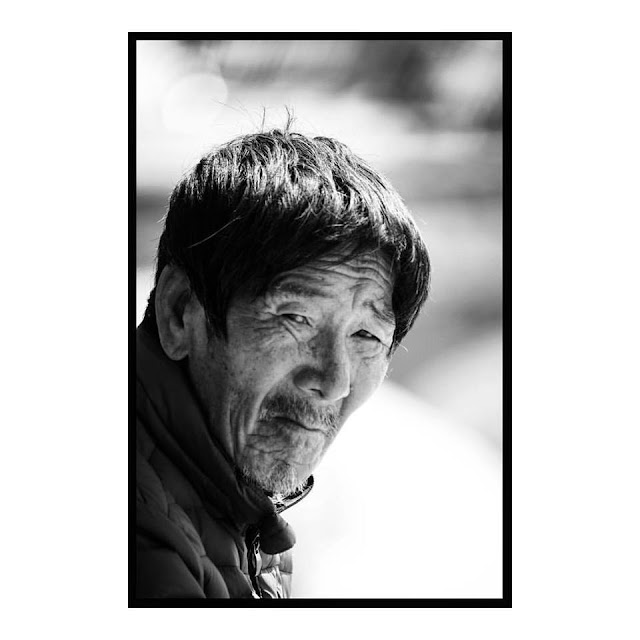 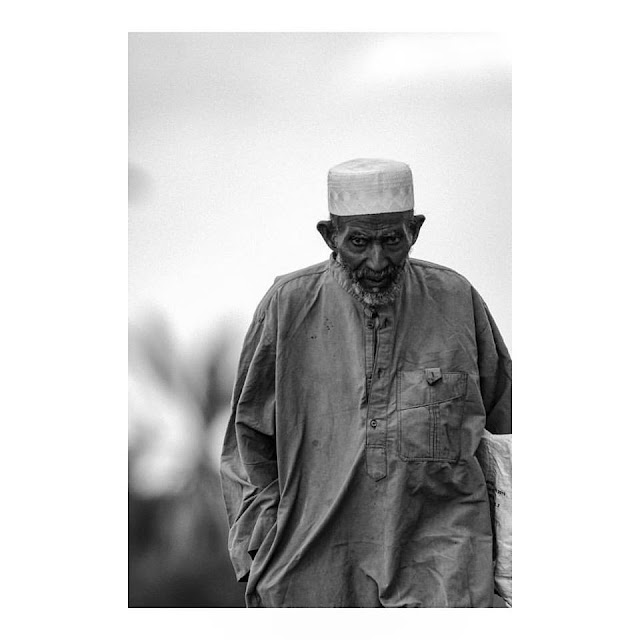 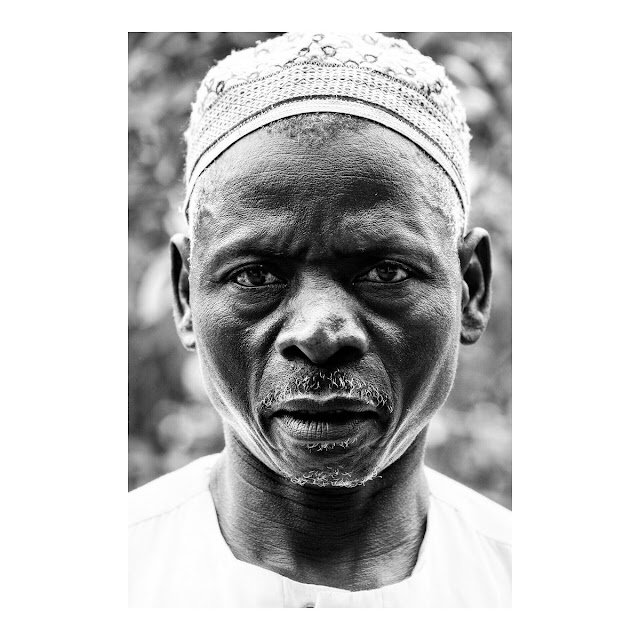 Samian has multiplied ways and opportunities to make himself heard by adding photography to his palette of expression. Rapper and slammer, he proudly wears his native colors, those of a whole population, ''invisible'' people, that he though qualifies of ''invincible'' and for which he claims respect and recognition. Through his songs, he expresses in the present a centuries-old history and declaims his poetry with the soul of the warrior. Moreover, his musical career has been recognized through some nominations and awards in the music industry.


Commited artist, Samian, who aims to be a consciousness awakener, signs words that come out from his soul. They are a weapon for the rapper who empties his heart in his songs and speaks on behalf of a whole nation. Samian denounces: he is the voice of those whom speech is denied. His texts evoke the disturbing situation of the Amerindian youth and put forward the need to reconcile the First Nations and the inhabitants of his country. And his message, he believes is also universal. 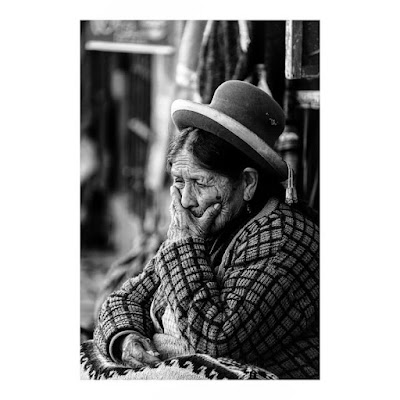 It's true that I speak for First Nations people but at the same time, I claim for the less fortunate; it is the rights of all human beings that are aimed. I represent those who do not have a voice, the forgotten of our world and I know that everyone can recognize themselves in what I say on behalf of my peers.


The notion of identity is also at the heart of my concerns and it's something that calls out a lot of the young people. I am proud of my origins as everyone should be of his own identity.


On tour to perform all over the planet, the rapper of Algonquin origin has a role that goes beyond the music. And he knows how to positively influence and to make proud all the peoples of the Earth.

Photography allows me to catch my breath; it's an extremely lonely job, it's a way to observe people too and to meet each other.

I don't mix music and photography. These are two different things for me. When I go on a trip to take pictures, I do it exclusively. 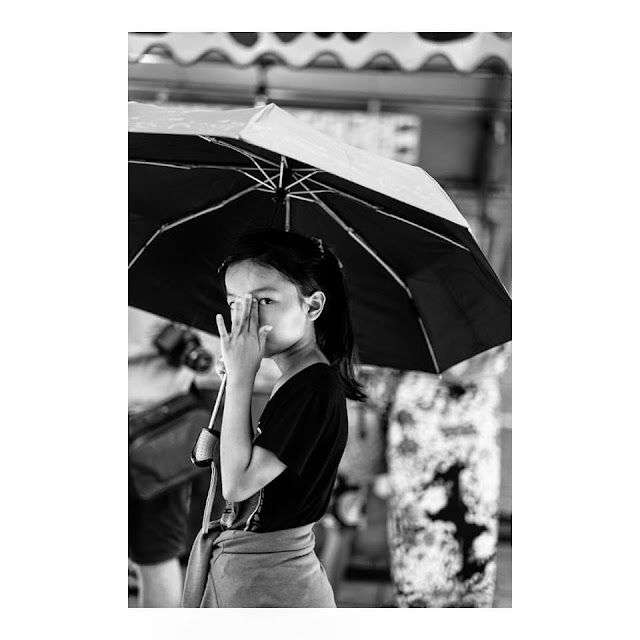 Having not only exhibited his photos many times, Samian has also been a spokesperson for the tenth World Press Photo in Montreal, in 2015. An honor he has accepted with great humility.

Photography is a way of capturing someone's soul. I think that the best photos are the ones which show the human being to his most authentic state. 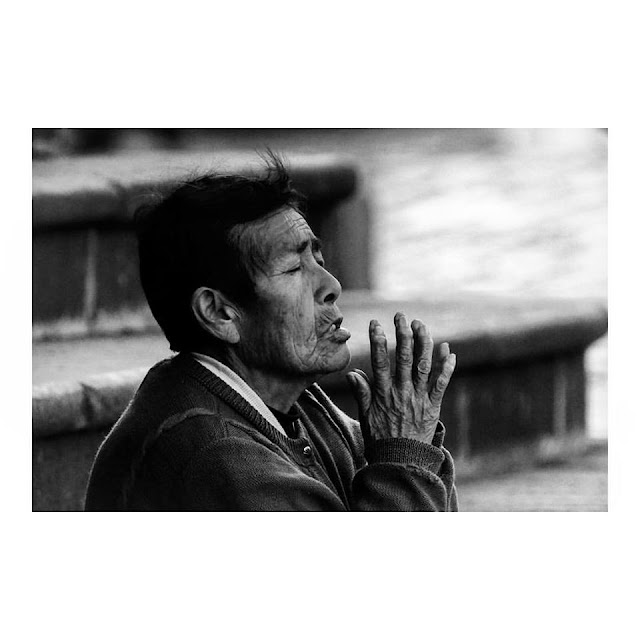 His life changed when an organization, which had set up a great mobile studio project, the Wapikoni, brought him back on the right path by allowing him, along with all the on-reserve youth, to create music, short films and documentaries. This project was the catalyst for his music career, then leading him to be an actor and to publish a literary anthology of texts from some of his albums, La Plume d'Aigle (The Eagle Feather), as well as a book featuring photographic works entitled Enfant de la Terre (Child of the Earth), taken during trips to Nicaragua, Costa Rica, Cuba, Lebanon, Egypt and Morocco, and presented in many photo exhibitions.


Samian also travels to meet students in schools. He tells them about poetry, photography, art, his background, his origins, and also the reality of the First Nations.

Samian prepares a new book called Havila: a photography project held, among others, in the heart of Havila, a village of orphans in Burkina Faso, Africa. A new work that promises to move and amaze us once more, in addition to making us see the beauty even where it is least suspected. 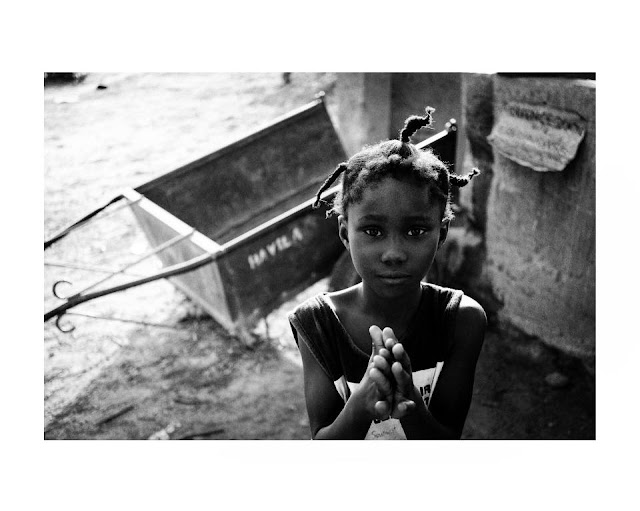 A huge thank you, Samian, for your generosity and help for this article. May your works be seen and heard everywhere in the world, in all strata of society. We need an artist and a human being like you. Thank you for who you are and everything you do, for yourself and for all of us.

Some of his excellent songs:


His most recent album:

Enfant de la Terre (for those who understand French, I challenge you to listen to the song Blanc de Mémoire without being moved or even disturbed) 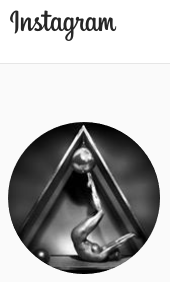 Founded and feeded by St Merrique. A photograph of AJ Kahn. 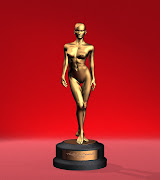 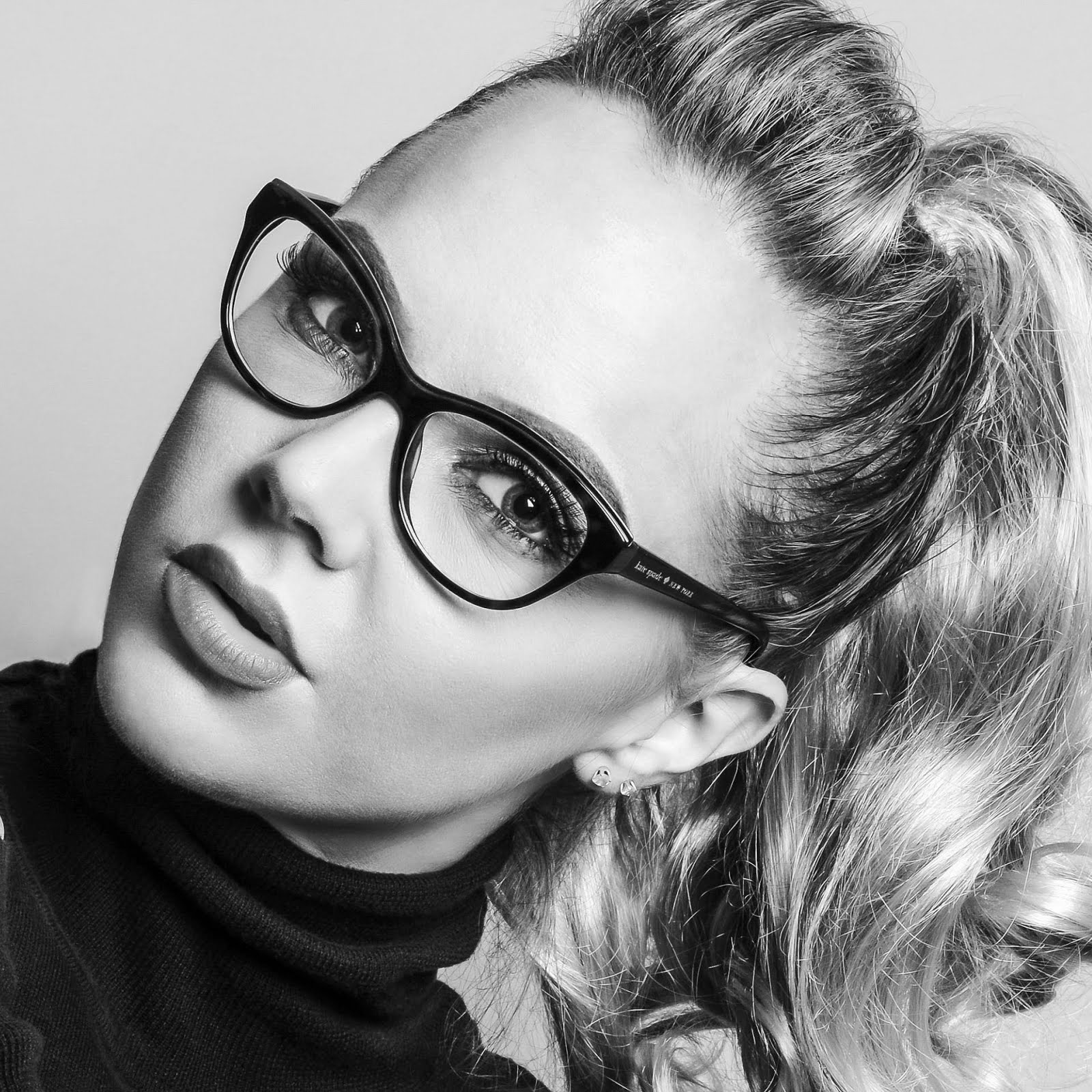 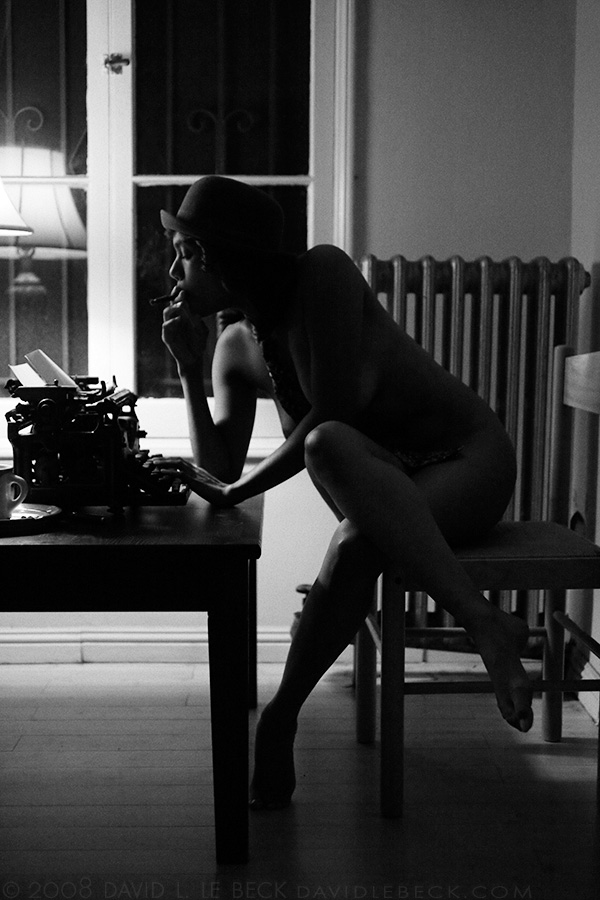 By David LeBeck, in memory 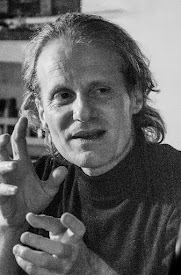 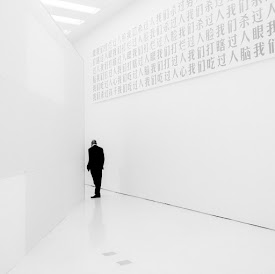 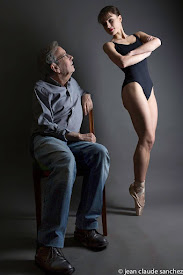 We need to eat ! Our BOOKSTORE 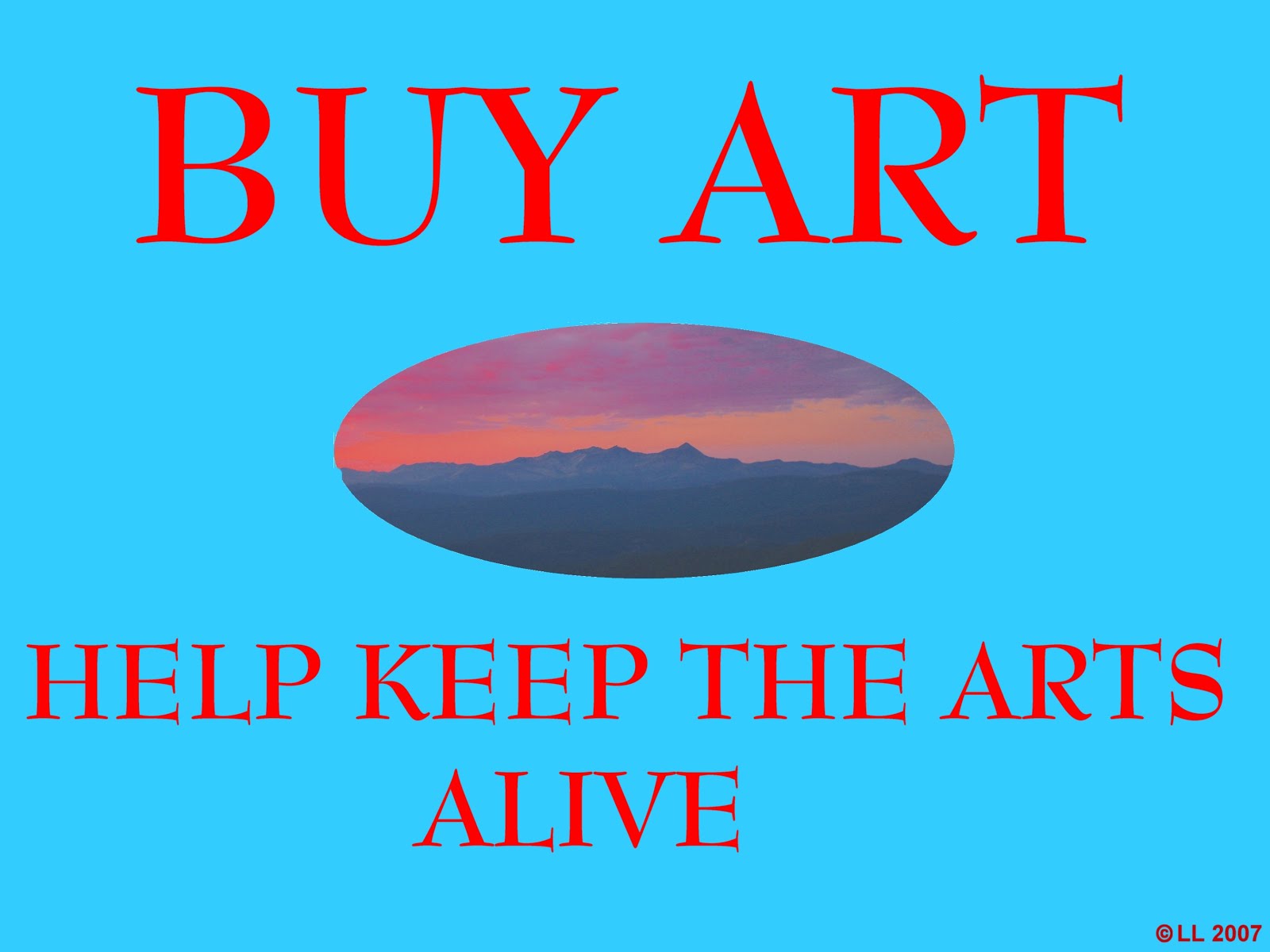 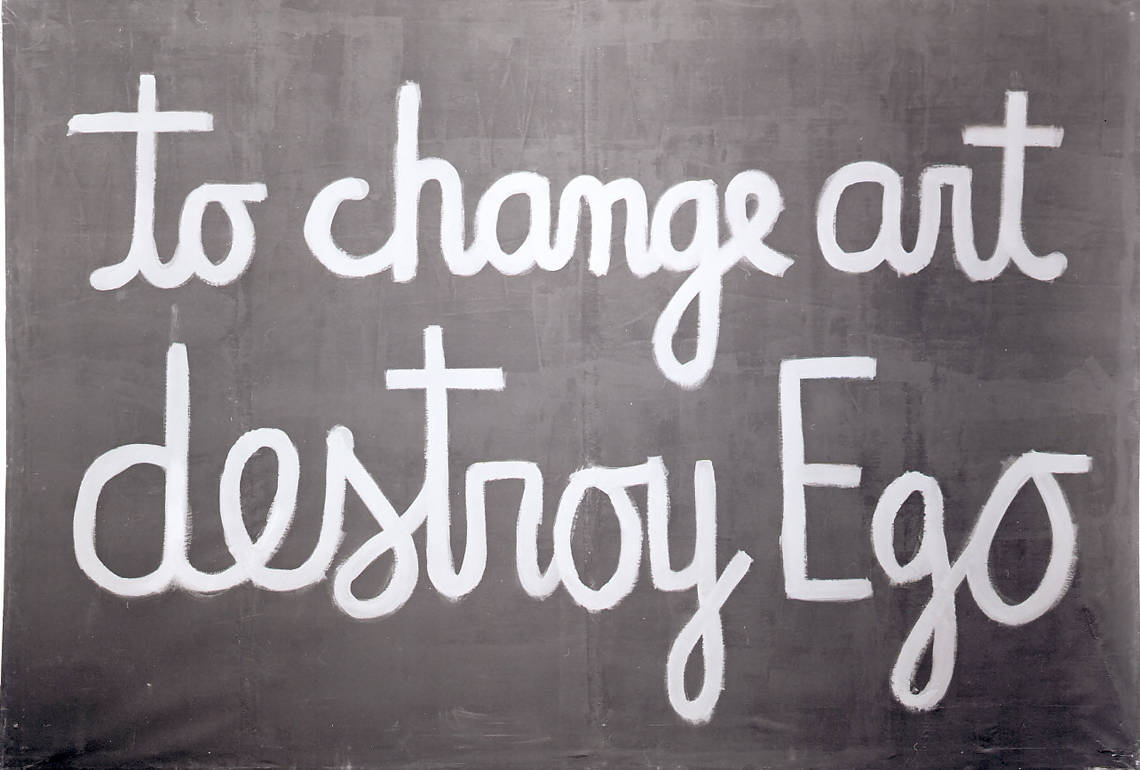 Thank you for your confidence 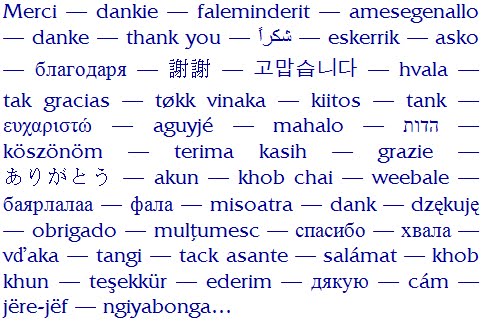 All photographies are copyrighted by their author. Don't steal art ! 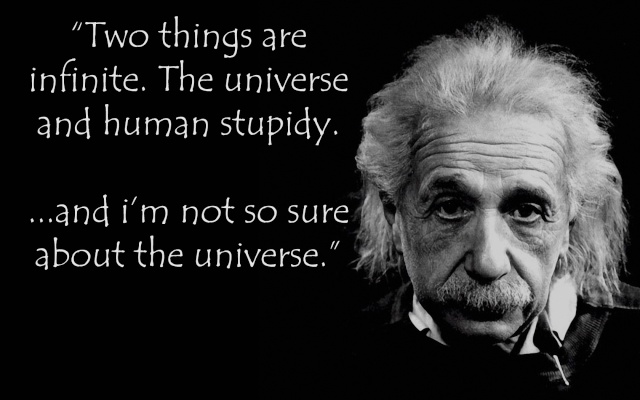 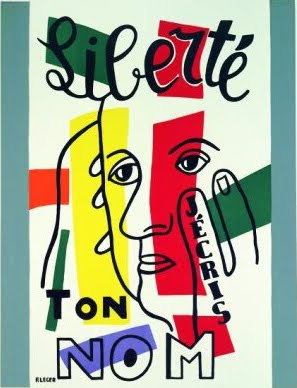 Citizen of the world 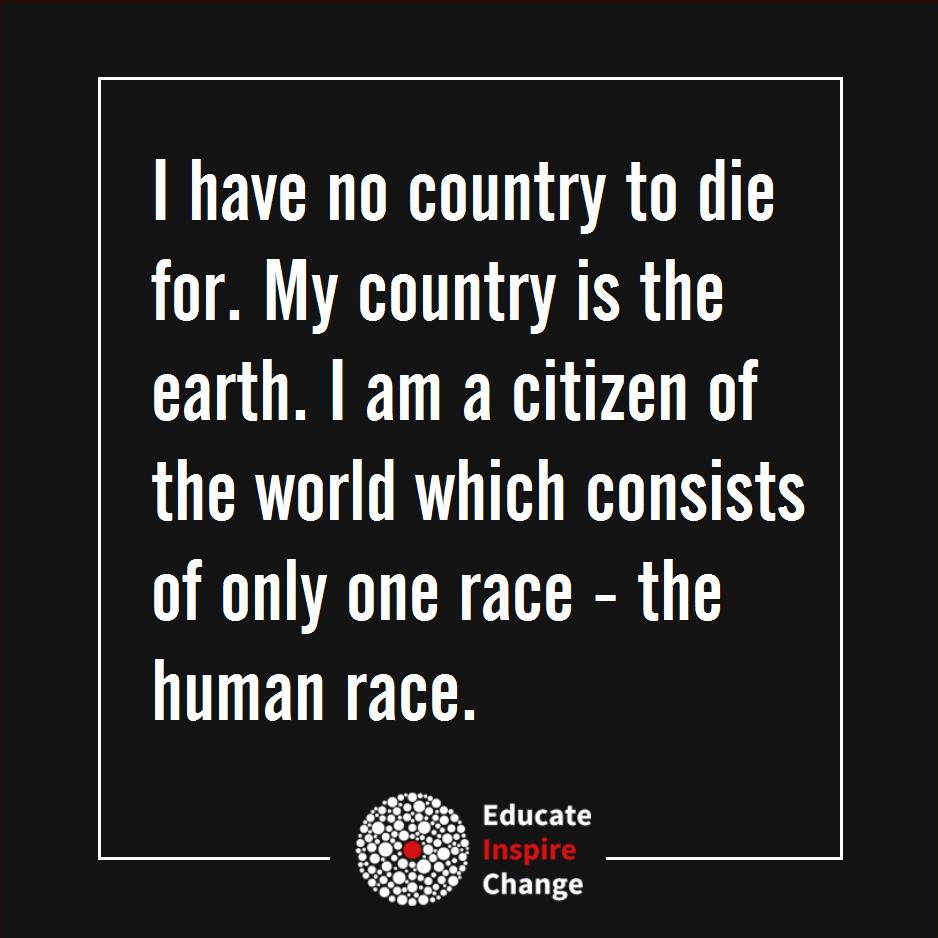 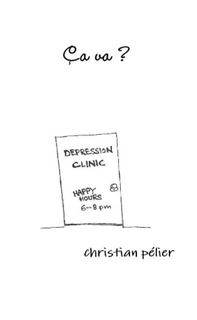